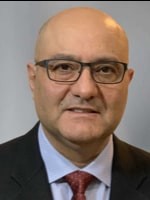 CEO, Executive Chairman of the Board

Alex Behfar has over 30 years of experience in the semiconductor industry. He served as MACOM Senior Vice President and Chief Scientist, Photonics, from January 2016 to January 2019. Previously, he served as MACOM Senior Vice President and General Manager, Photonic Solutions, from December 2014 to January 2016. Prior to joining MACOM, in 2000, he founded BinOptics Corporation, a provider of InP lasers for data centers, mobile backhaul, silicon photonics and access networks, and served as the Chairman and Chief Executive Officer of BinOptics from its inception through MACOM’s December 2014 acquisition of BinOptics. Prior to BinOptics, Dr. Behfar worked at IBM for more than 10 years in various capacities, including Laser Enterprise, where he designed the first commercially viable high-power 830nm and 980nm GaAs-based lasers. Laser Enterprise was later sold by IBM to Uniphase and is now part of II-VI Incorporated. He also served as IBM’s worldwide cross-functional Intellectual Assets Program Manager for optoelectronics and telecommunications. Dr. Behfar has been awarded over 50 U.S. patents. He holds an M.S. and a Ph.D. in Electrical Engineering from Cornell University and a B.Sc. in Electrical and Electronic Engineering from King’s College, University of London. 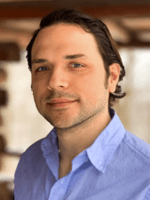 Rick Brown is the CTO and co-founder of Odyssey Semiconductor, Inc. He has 18 years of experience in the design and fabrication of semiconductor devices, mainly specializing in gallium nitride and related materials. Prior to Odyssey Semiconductor, he was a visiting scientist at Cornell University where he worked on developing gallium nitride-based transistors for radio frequency communications applications and also was a founding member and device scientist at Avogy, Inc. (a Khosla Ventures company). Rick holds a B.S., M.S., and Ph.D. in Electrical and Computer Engineering from Cornell University. 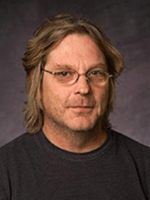 After earning his doctorate, James Shealy held a dual appointment at Cornell as a research associate and at General Electric as a principal staff scientist. He joined the faculty in 1987and is active in developing Cornell's laboratory research in compound semiconductor materials and related graduate courses. Prior to Odyssey Semiconductor, he has served as a founding member of both Akoustis Technologies (AKTS) and RF Nitro Communications, which was acquired by RF Micro Devices (RFMD). James holds a B.S. from NC State University, an M.S. from Rensselaer Polytechnic Institute, and a Ph.D. from Cornell University.